Symposium on Liberalism With Excellence by Matthew Kramer 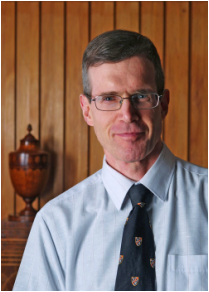 ​​
​Symposium on Liberalism  with Excellence
​by Matthew Kramer

The Symposium on Liberalism with Excellence was held in Oxford on 20th & 21st June 2017, and was a huge success. Thanks to all the speakers and attendees for making it such a great occasion.

Most of the papers presented at the conference were published in a special issue of The American Journal of Jurisprudence, which is available here.

The special issue also includes an introduction by Paul Billingham and Anthony Taylor and a response by Matthew Kramer, where he replies to the main arguments of each of the papers.

The original conference description is below, and you can also find the speaker list and schedule on this website.
One of the central questions of political philosophy is: when is the exercise of political power justifiable? Much of the contemporary debate about this question focuses on the role that claims about the components of a good or flourishing life can play in justifying the exercise of political power. Two distinct viewpoints have emerged. Liberal neutralists hold that the state must be neutral in some sense between the competing conceptions of the good (religious, metaphysical, etc.) that we find in contemporary liberal democracies. To this end, they hold that claims about the good can play at best a very limited justificatory role. Liberal perfectionists, by contrast, hold that such claims can or ought to play an important justificatory role. These two views have radically different implications for a variety of laws in liberal democratic societies – for example, laws that prohibit recreational drug use on the basis that such activity is detrimental to human flourishing.

This conference will bring together scholars working within this debate to discuss, and present papers inspired by, an important new monograph by Matthew Kramer, Liberalism with Excellence, which will be published by Oxford University Press in early 2017. Professor Kramer’s book promises to be a timely intervention into the debate about the justification of political power. Kramer presents powerful objections to both liberal neutralism and existing liberal perfectionist theories, and develops and defends an alternative form of perfectionism: aspirational perfectionism. The distinctive claim of this view is that, instead of seeking to edify citizens by elevating their lifestyles or experiences, a government should seek to promote the excellence of the society over which it presides – and it should thereby help to bring about the conditions under which every individual can be warranted in harbouring a strong sense of self-respect.

We are excited to have gathered a world-class group of speakers to present critical papers based on the themes of Kramer’s book. All of the conference speakers have published on the debate between neutralism and perfectionism, and they include the authors of several of the most important books in the area. We are particularly pleased to have prominent defenders of both neutralism and perfectionism contributing to the conference, such that it promises to be a highly illuminating event.

If you have any questions about the conference, then please email paul.billingham@politics.ox.ac.uk or
​anthony.taylor@nuffield.ox.ac.uk.
We gratefully acknowledge the generous support of: